Our approach to the Montessori education

A Montessori education is a holistic approach that aims to develop the adult of tomorrow on the physical, social and spiritual levels. While the child is always at the center of the learning process, the role of the adult is to facilitate the optimal development of each and every one of their students.

Why choose the Montessori School Approach?

A Montessori education is an educational approach that focuses on the individual needs of each student. The idea behind this alternative approach is to adapt teaching to the learner and their unique individuality rather than having them adapt to a single, one-size-fits-all framework. So why choose a school that teaches with a different pedagogical approach? For one, students’ academic performance is greatly optimized when instruction is tailored to each individual’s progress and academic trajectory. Rather than starting with a standard curriculum that all must adhere to, teachers follow the pace of their students, focusing the teaching on them. Concepts are taught and learned, but always with a clear pedagogical intent to clarify and identify their real-world implications. Moreover, emphasis is placed on rendering the material accessible to each individual learner. While excellence is valued, it is cultivated rather than presented as an external goal to be achieved.

Over 100 Years of Excellence
« Let us not bring up children for today’s world. This world will no longer exist when they grow up. Our priority should be to help children cultivate their ability to create and adapt. » 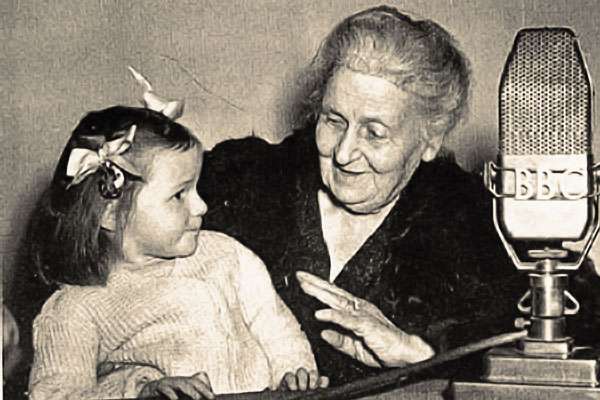 Who was Maria Montessori?

Born in 1870 in Chiaravalle, Italy, Dr. Maria Montessori was a renowned physician, educator and the founder of the “Montessori Method” of education. Despite endless obstacles and prejudice, Montessori became the country’s first female physician in 1896. Following graduation, she worked at the Rome University Psychiatric Clinic. It was there that she became very interested in the study of children’s learning and began to develop her philosophy of education. In 1901, she went back to school to study philosophy and psychology and was influenced by the works of renowned educators Jean Itard and Édouard Séguin. On January 6, 1907, in the San Lorenzo district of Rome, Dr. Montessori officially inaugurated the opening of the first Casa dei Bambini (Children’s House). Based on a child-centered approach, the Casa dei Bambini fostered children’s natural desire to learn. News of the school’s success soon caught-on, with Montessori daycares opening throughout Italy, Europe, Asia, and the United States. Throughout her career, Dr. Montessori travelled extensively to give lectures on her novel educational method and was nominated three times for the Nobel Peace prize. Her long life’s journey came to an end in 1952 in Holland. Currently, there are more than 22,000 Montessori schools, in 110 countries worldwide.

A few places left for our second kindergarten class for September 2022. Visit in person available. Please contact us.